Resources
Kerala is a beautiful state that also boasts of rich & truly beautiful culture. Read further to know about the performing arts of Kerala.
Indian Dances: Performing Arts of Kerala 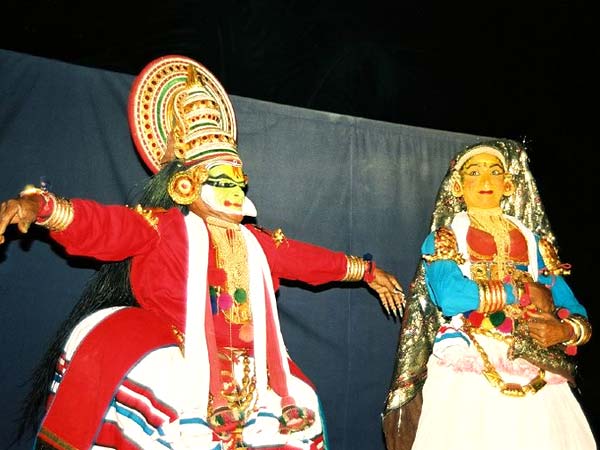 Surrounded by lush green trees all around, Kerala is known for its charmingly picturesque beauty and exquisiteness. It is inextricably linked with tradition and exhibits a lavish history and rich heritage. Interlocked between the Arabian Sea on the West and the Western Ghats on the East, Kerala is isolated from the other states. This seclusion has proven advantageous to the people of Kerala, because any political or cultural transitions elsewhere in the country have seldom had any influence on them. Hence, the performing arts of the state have not only survived past the eras, but flourished and thrived in the present times.

Talking about its cultural and ethnicity, various clans and cultural groups have influenced the culture of Kerala over a period of years. The Aryans inhabited the place first and were later joined by the Jains, the Buddhists and the Brahmins. These cultural invasions led to the blending of various art forms. Koodiyattam, for instance, is a Mudiyettu Dancer fusion of the local Dravidian culture and some Aryan influences. It has been acknowledged as one of the 'Masterpieces of the Oral and Intangible Heritage of Humanity' by UNESCO.

Some of the local dances such as Krishnanattam, Kathakali, Thullal, Mohiniattam and so on, have arosed out of the fusion of Koodiyattam. The Mudiyettu is the earliest form of a ritualistic theatre surviving in Kerala and all later, more mature forms, such as the Koodiyattam, Krishnanattam and Kathakali, took their cue from this. The theme is the defeat of the demon Darika, who was terrorizing the world, by the Goddess Bhadrakali. To know more about the intriguing rich and vibrant culture of Kerala, read through the following lines.

Mohiniattam
A feminine dance form of Kerala, Mohiniattam is performed by women and is popular for its sensual theme. Having an extremely, slow seductive quality, it has not only risen in popularity but also acceptability.

Kathakali
One of the most popular dance forms of Kerala, Kathakali is known as a dance drama. It literally signifies 'Story-Play', and is recognized worldwide for its intricate makeup and costumes. Krishnanattam - Similar to the Kathakali dance drama, Krishnanattam displays the tale of Lord Krishna in a succession of eight plays. In this art form, the actors restrict themselves to particular set of facial expressions, movements and gestures.

Thiruvathirakkali
Essentially performed by women, Thiruvathirakkali is performed on religious occasions. Mainly practiced in the month of Dhanu, according to the Malayalam calendar, the dance is carried out on the same day when it is believed that Lord Siva promised Goddess Parvati to make her his wife. Thullal - A solo performance that combines the dance and recitation of stories in verse, for performing Thullal, there is no need for a stage or any other form of arrangement. The dance is marked by fast and rhythmic movements

Teyyam
Basically a form of ritualistic dance that is sacred as well as artistic, it shares a strong bondage almost all the castes and classes of the Hindu religion in this region. A corrupt form of Daivam or God, the dance itself is considered as God.

Chakyar koothu
Similar to mono act and a stand-up comedy act, Chakyar Koothu is a highly refined art form. It mainly narrates stories from Hindu epics such as Ramayana and the Mahabharata.

Koodiyattam
The only dance ever to be recognized by UNESCO as part of its effort to safeguard expressions of oral heritage and traditional culture, Koodiyattam is mainly performed in the Sanskrit language in Hindu temples and is assumed to have a history that dates back to 2000 years.