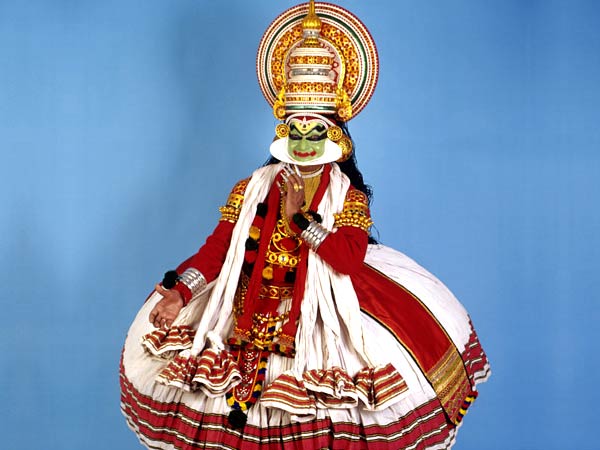 The picturesque state of Kerala has gifted India with a dance drama known as Kathakali. Embedded in stories from the epics, Ramayana, Mahabharata and from the Puranas (ancient scriptures), the dance form is believed to have originated in the 16th century. Kathakali can be described as a highly stylized classical Indian dance-drama, noted for the heavy make-up and stunning costumes of the dancers. Detailed gestures and well-defined body movements (presented in tune with anchor playback music and complementary percussion) are some other notable features of the dance. Elaborate masks, huge skirts and big head-dresses are uniquely used by the performers of Kathakali.

History
Kathakali is thought to have originated from pioneer dance-drama forms - Ramanattam and Krishnanattam. The word "attam" means enactment. These two forms of dance, along with Kathakali, dealt with presentation of the stories of Hindu Gods Rama and Krishna. Kottarakara Thampuran, the ruler of the south Kerala province of Kottarakkara, composed several plays on the Ramayana, which led to the evolution of Kathakali. Today, Ramanattam and Krishnanattam forms have become completely extinct, but the story plays continue to be a part of Kathakali. It originated in the 16th century AD, approximately between 1555 and 1605, and has been improved miraculously over the years.

Long Recitals
Kathakali is emotive as well as narrative in nature and its recitals are generally very long. This form of dance is usually performed in the temples. The dancers encompass dance with dialogue and try to bring myth and legend to life. This dance form is accompanied by drums and vocalists. The dancers have such strong convictions about the characters they play that they even swap identities with the legends. Traditionally the performance begins after sunset and continues till late in the night. Sometimes, it takes the whole night for one performance to be complete. Nowadays, due to shortage of time, it isn't rare to see performances as short as three hours or even lesser.

Three Groups of Performers
Kathakali has three groups of performers, including actor/dancers, vocalists and percussionists. Without one another is not possible. The actor or dancers play a variety of roles, including those of kings, gods, demons, heroines, animals, priests, etc. Each role has a particular style of makeup and costume as its code. Hand gestures or mudras, along with extensive facial expressions and eye movements, are used by the actors to convey their dialogs to the audience. The legend is narrated in the voice of the vocalists. The instruments consist of cymbals and 3 types of drums - cena, edakka and maddalam, with each of the drum producing a distinct sound, used by the third group (of percussionists).