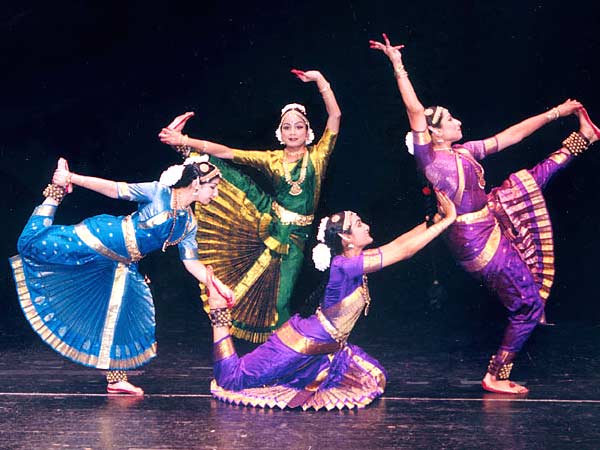 In India, dancing is considered to be an age-old tradition. A land of diverse cultures, traditions and languages, the country has given birth to a large number of classical dances, shaped by the influences of a specific period and environment. These dance forms have been preserved through the centuries and become an important part of our present culture. Each and every classical dance of India is regarded as the specialty of a particular region or tribe and follows its own pattern, be it terms of music, steps, costumes or make-up.

Indian classical dance forms can be traced back to 400 BC, to the times of Natya Sastra of Bharata Muni. In fact, Bharata's Natya Sastra, considered to be the Bible of Indian aestheticians, is the most important source for establishing the characteristics of the dances. At present, some of the popular classical dances of India are Bharatnatyam, Kathak, Kathakali, Kuchipudi, Manipuri, Mohiniattam and Odissi. These dances have, no doubt, brought about a sensation in the western countries as well. Today, each of the popular Indian classical dances has an identity of its own and crossing all the boundaries, is recognized globally.

Bharatnatyam
Native to Tamil Nadu (a state in Southern India), Bharatanatyam is one of the popular Indian classical dance forms. It was previously referred to as Sadir, Dasiattam and Thanjavur Natyam. The dance form demands unconditional and complete dedication from the side of the performer.

Kathak
Kathak, which originated in northern India, represents one of the eight forms of Indian classical dances. The name Kathak has been derived from the Sanskrit word 'katha', meaning story. Thus, 'katthaka' means the one who tells a story. Kathak focuses more on the footwork of the dancer.

Kathakali
The picturesque state of Kerala has gifted India with a dance drama known as Kathakali. Embedded in stories from the epics, Ramayana, Mahabharata and from the Puranas (ancient scriptures), the dance form is believed to have originated in the 16th century.

Kuchipudi
Kuchipudi was introduced as a dance drama, but its present day dispensation tells a different story altogether. It has now been reduced only to dance form, with the drama missing completely. With proficient training and knowledge, the Kuchipudi dancers have started presenting the dance form in their individualistic ways, today.

Manipuri
Manipuri is the classical dance from the Manipur region in the North East. Very much religious and associated to Vaishnav cult of Hinduism, the art form primarily depicts episodes from the life of Lord Vishnu. Manipuri dance style is multifaceted and ranges from the softest feminine to the vigorous masculine.

Mohiniatam
Mohiniattam, in literal terms, means Mohini's dance. Mohini, according to Indian mythology, is a very beautiful woman, who attracts people instantly. She is regarded as an enchantress and thus, Mohiniattam is the dance of the enchantress.

Odissi
Based on Natya Shastra, Odissi is regarded as one of the oldest surviving dance forms of India, with well preserved archaeological evidence. It has originated from Orissa and its history can be traced back to the 2nd century BC. The dance form has been extensively depicted in the sculptures of Brahmeswara temple and Sun Temple at Konark.