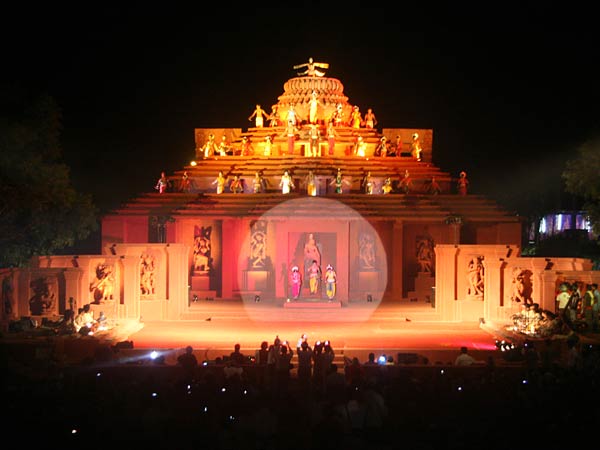 India is a country of rich cultural heritage. The religion, arts and crafts in the Indian culture are so well intermingled with each other that it is almost impossible to segregate them. There are also so many varied forms of music and dances that each region has a special music and dance form of its own which has originated from the deep rooted cultural and religious practices of that specified region. Nowadays, there are several cultural festivals held in the country in order to exhibit and promoting the diverse Indian heritage to a wider section of audience and Konark Dance festival is one of them.

The Konark Dance Festival is held at the 700 year old Konark ‘Sun’ Temple in Orissa. This temple is famed as a world heritage site and is also an architectural wonder with well-adorned sculptures in various Odissi dance poses. The Natyamadir or the dancing hall of the temple is extremely famous for its wonderful interior. Constructed a way back in the 13th century on the beach of Chandrabagha, this temple and its dancing hall today stand as the evidence of Indian culture’s age old amalgamation of dance and devotion.

The Konark Dance Festival is organized annually in the month of December at the open air auditorium in the temple premises with the temple as the back drop. Many celebrated dancers from all over the country perform at this pious venue. Since 1989, this festival has been organized in the state jointly by Orissa Tourism and Odissi Research Centre to promote the diverse Indian dance heritage as well as the popularity of Konark Temple and Orissa as a tourist destination.

Dances like Odissi, Bharathnatyam, Manipuri, Kathak and Chau Dance performed here are relishing experience for the dance lovers. The Konark Dance Festival is a classical extravaganza which takes one through the experience of eternal ecstasy. The sound of Ghungroo bells, flute and Pakhauj along with the mesmerizing interior create a magical ambience which is unforgettable and mesmerizing for the audience as well as the participators.

Apart from giving the art lovers an opportunity to closely observe the rich Indian dance heritage, the Konark Dance festival is also known for its crafts mela. This craft fair is organized here by the State Industry Department to promote the local arts and crafts of Orissa. At the fair, beautiful sculptures and souvenirs made by the local craftsmen of the state are displayed and sold. Thus, Konark Festival gives one to have an experience of life time to witness a cocktail of art, craft, music, dance and food, all at the same place. The craft fair also acts as a major crowd puller for the Konark Dance Festival.