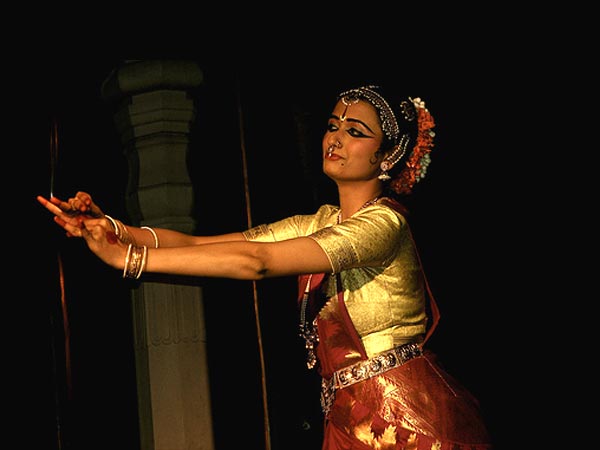 Devotion and Dance are very much intermingled in the Indian Culture. Unlike West, the Indian Culture relates the art of dance more to religion and dedication than relaxation and fun. Several dance forms in India have even emerged from the deep rooted religious practices of any particular sect or region. In fact, one of the three most respected Gods of the Hindu Religion, Lord Shiva is also worshipped as Lord Natraja¸ the universal dancer by all the artists in the country. Several dance festivals are held in the country in order to exhibit this rich dance heritage of India, the Natyanjali Dance Festival is one of them.

Natyanjali Dance Festival is held every year during the months of February and March in the Prakara of the Chidambram temples in the city of Chidambram in Tamil Nadu. It is a five day festival which begins on the auspicious occasion of Mahashivratri. This dance festival is dedicated to the Lord of Dances and the Cosmic Dancer, Lord Natraja. The Natyanjali dance festival exhibits the rich dance culture of India and its amalgamation with the devotional feeling of religion.

Attended by all the renowned artists and connoisseurs throughout the country, the Natyanjali Dance Festival becomes a spectacular event taking place under the golden roof of the Chidambaram temple, in the hall adorned with the pillars exhibiting the classic 108 poses of Lord Nataraja. The festival becomes much more than dance art exhibition as all the artists performing at this pious venue regard this festival as their homage to Lord Natraja. Performing at the dance festival is considered a great honor to the classical dancers as they dance to create the 'Padams' and 'Varnams' in the course of creating an imaginary figure of the Lord Nataraja, whom they regard as their divine deity.

As an audience at this dance festival you can almost feel the ecstasy of the performers who go into a trance while performing at their dream stage. Their evocative acting and the subtle movements of each of their body parts are worth praise. The entertainment and ecstasy at this platform becomes vocal and universal. Natyanjali Dance Festival is not only meant for the experts, even the new performers who want to get attention and recognition performs at this stage. This dance stage remains a mesmerizing experience for the performer as well as their audience throughout their life.