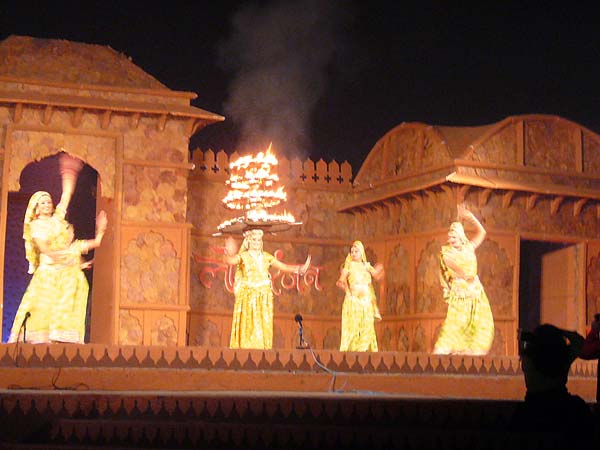 The art of dance is so well intermingled in the culture of India that it is difficult to the segregate both of them. The art is prevalent in every nook and corner of the country through in various forms and by various names. Several dance festivals are organized in the country to provide a wide platform to this distinct form of art. One of the most famous of them is the Khajuraho Dance Festival held in the state of Madhya Pradesh. This dance festival, comparatively new to the other dance festival in India has gained considerable popularity in a little time due to its exquisite standards and magnificent performers. Though it is just seven years old, this festival has earned a great deal of reputation among locals as well as foreigners.

Khajuraho Dance Festival is actually a weeklong dance festival and is held during the months of February and March in Khajuraho. This cultural extravaganza is organized by the Madhya Pradesh Tourism Department and is promoted as one of the major cultural event in Khajuraho. This cultural event takes place at an open-air auditorium in front of the Chitragupta Temple. The Chitragupta temple was built thousands of years ago and is a dedication to the Sun god apart from the Chitragupta temples the Khajuraho Dance festival is also organized at the Vishwanatha Temple that is a dedication to Lord Shiva.

The basic idea behind Khajuraho Dance Festival is to make the current generation aware of the rich cultural heritage of Khajuraho. A number of renowned artists participate in this festival. Dances like Odissi, Kathakali, Bharathanatyam, Kuchipudi and Manipuri are performed here at their best by several popular as well as new artists. The artists performing here are honored for their performances. The quality of dance performed here is unmatched in terms of presentation and quality. As the dances performed here are performed with the wonderful backdrop of the sculptures of Khajuraho, they themselves acquire a divine sensitivity in themselves. The brightly lit, shimmering venue also makes the performances beautiful as well as mesmerizing.

Apart from the dance festival, the cultural fair organized here also attracts due attention. Local artisans with different kinds of artifacts and souvenirs exhibit as well as sell their arts in an open market very close to the dance festival venue. This art fair does not only give recognition to the local art form and livelihood to the local artisans, it also helps in spreading the popularity of the art to the places beyond the geographical boundaries. The Khajuraho Dance Festival thus acts as a celebration of the cultural heritage of Khajuraho temples as well as its magnificent local art for the coming generation.