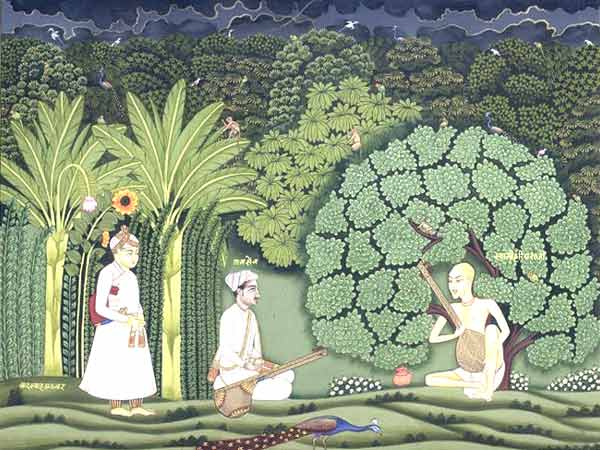 Madhya Pradesh, fondly called the heart of India, has gained a prominent position in the history of Indian music. One of the most prestigious festivals of the place that has gained national as well as international recognition is the Tansen Music Festival, which is also called Tansen Sangeet Samelan or The Tansen Utsav. Named after the legendary musician Tansen, one of the 'nine jewels' of Emperor Akbar's darbaar (court), the music festival is held in Gwalior near the tomb of Tansen at Behat. The tomb that was built according to the early Mughal architectural style is now included as a part of Gwalior's cultural heritage.

Exponents in the field of Hindustani classical music mark their presence at the Tansen Music Festival. They perform for five night long sessions. Artists invited to the festival feel privileged to perform in front of a huge audience, amidst the tomb of one of the greatest musicians of the Mughal Era. All through the festival, the soul-stirring ragas chosen by the finest talents of the country take the city into a musical groove. The overwhelming vocal and instrumental performances of the Hindustani classical musicians keep the audience hooked to their seats and want more from them.

Apart from the music festival, the city of Gwalior is also widely popular for housing one of the oldest and well known music Gharana (Family of people famous for singers) of Indian classical music. This is the reason why the city has been chosen as the venue to hold this festival. The residents of Gwalior are inclined to music and dance, probably because of the fact that the city is the oldest Gharana in Hindustani music. Therefore, Tansen Music Festival enjoys a supreme position amongst the inhabitants of Gwalior and hence, forms the hallmark of the culture of the city.

The fact reiterates itself, when a large number of people turn up every year, to witness the magical performances of the artists at the music festival. Every nook and corner of the city carries the fragrance of the mesmerizing music of the festival. This festival calls for opulent celebrations and this is the reason why it has become not only the tourist attraction and the hallmark of Gwalior, but also the cultural festival of Madhya Pradesh.